A weekend in Horsens in the middle ages - you have to experience this !

European Medieval Festival is both a market like in medieval times, where you can buy a variety of things, a festival where you can experience entertainment, theater, music and a living museum with workshops and a chance to talk to historically interested groups.

On the last friday and saturday in august European Medieval Festival takes its guest on an adventurous journey more than 500 years back in time. The spectacular surroundings inside and outside the walls of FÆNGSLET, the former state prison, form the settings for a medieval market with all the details such as music, jousting tournaments, jesters, food stalls, trades and craftsmanship. 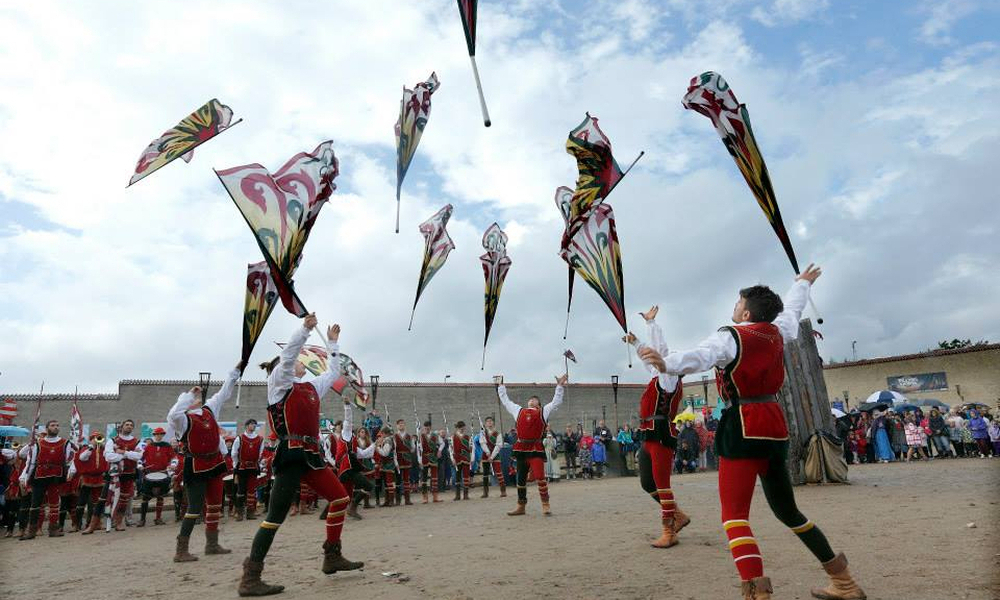 Mischievous jesters and other merry people

Allthough mischíevous jesters and other merry people blend in to the crowds, the festival is not all fun and entertainment. European Medieval Festival takes great pride in focussing on the quality of the experience, making authenticity a key issue in reflecting all sides of life in the middle ages 1350-1536: Arts, crafts, music, market life and every day habits.

This means that you will not be able to find a cup of  coffee anywhere - this did not  exist in Denmark in these years. Plastic mugs and ketchup for your sausages are not to be found, and all visitors must use a spoon and knife, or just plainly the fingers to eat, since the fork had also not been introduced in the middle ages.

European Medieval Festival is a non-profit project, and entry to the festival area is free.